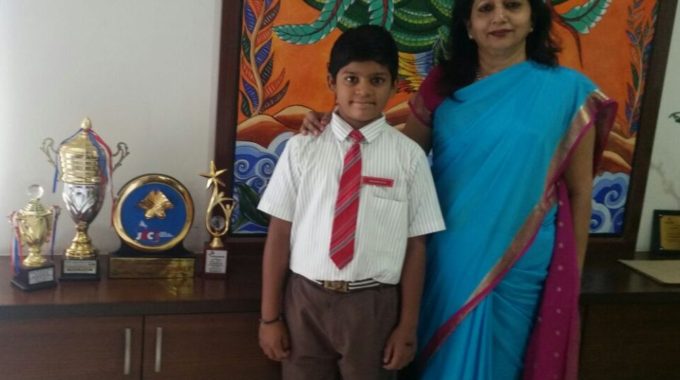 Patience, persistence, and perspiration make an unbeatable combination for success. It is also an apt description of Mayukh D.B. of std IVA , who has been on a winning streak and emerging victorious in most of the tournaments he played this year. Ever since he picked the badminton racket, Mayukh has won every other tournament he has participated in so far. This year he emerged the winner in the Selenite Junior Badminton Champs, PNB Metlife Junior Badminton Championship 2017 South Zone Bangalore, Power play Junior Badminton league both singles and doubles, Fairplay Ventures badminton championship , White Shuttlers and Tom’s badminton academy tournaments to name a few.
Mayukh has an amazing ability to stay focused and perform up to expectations while under increasing pressure and under changing conditions. Influenced by a supportive home and school environment, hard work, motivation and dedication, Mayukh has pursued his goals successfully. We congratulate him on his many victories and for being a role model to his fellow students