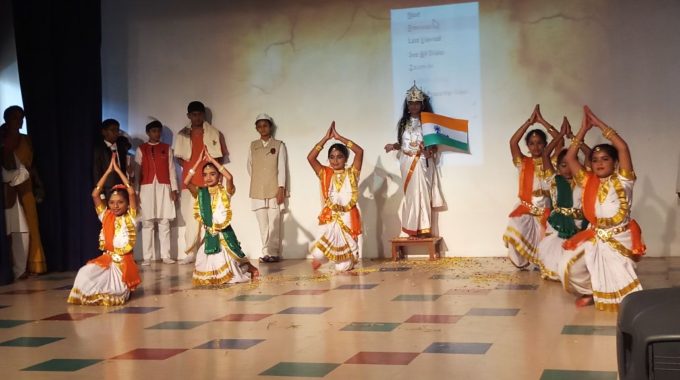 We celebrated our 71ST Independence Day on August 15, 2017 with zeal and patriotic fervour. Mr. Venkatappa, Additional-Trustee Secretary hoisted the national flag. Both Mr. Venkatappa and our Principal, Mrs. Shobhana Prabhakaran spoke about the importance of the freedom struggle walking us down memory lane to how we achieved our freedom. An inter-house skit competition was held recreating our freedom movement from 1498 until 1947 when we achieved independence highlighting the untiring efforts and unparalleled patriotism of our great leaders.
Eminent television personalities including Mr. Ravi Kiran, Ms. Vanishree, and Mrs. Shobha Venkatesh, theatre exponent were the judges for the competition.
The programme ended with rendering of the national anthem.